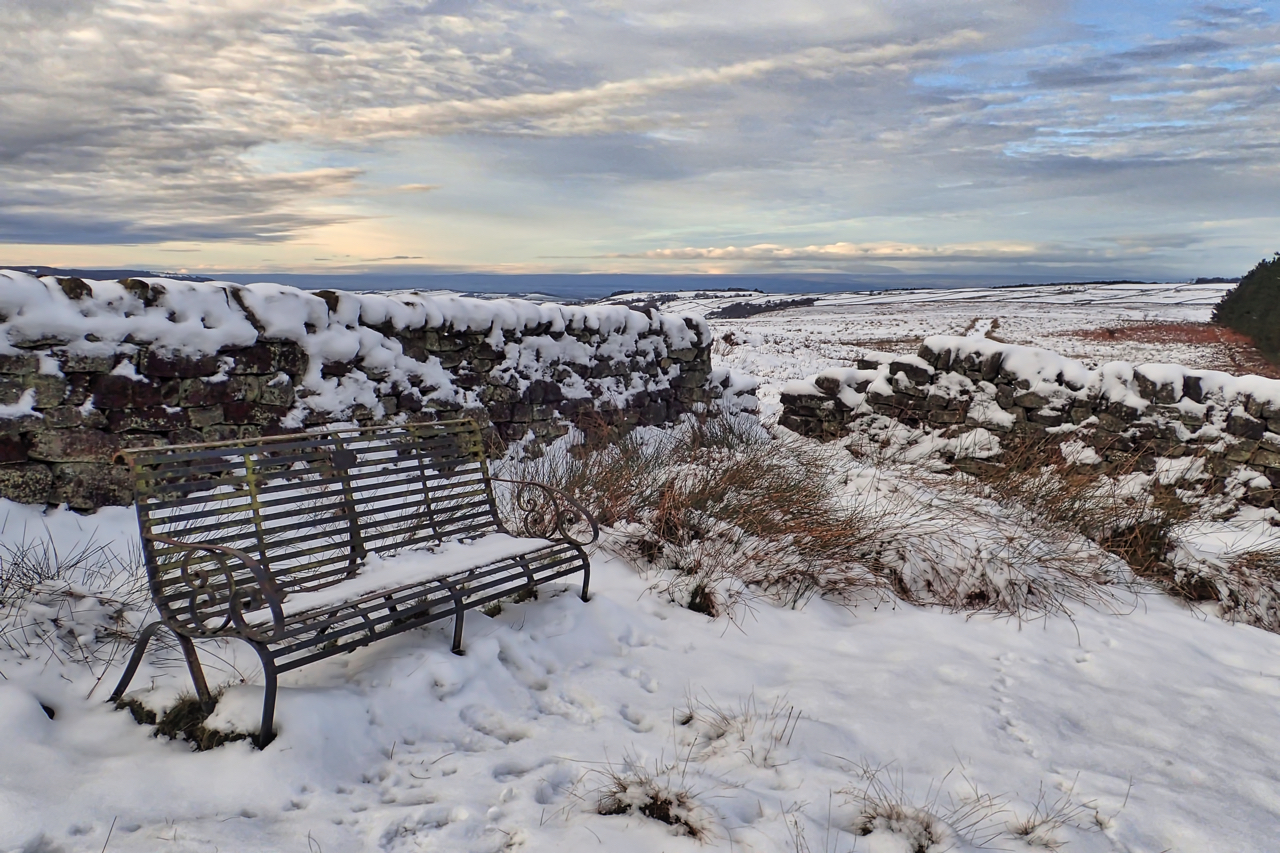 It’s amazing how a little bit of snow transforms a scene. I’ve had my eye on this bench as a subject since first starting this blog but have always been disappointed with the resulting photo. I first came across it many years ago when I glanced at the little brass plaque:

I admit I had to do a double take on the dates and it took a visit to the local library for an explanation (this was before the days of the internet).

Robert Aske was a devout Catholic lawyer whose family home was Aske Hall in Richmondshire. Many Catholics, particularly in the North, were unhappy with King Henry VIII’s religious reforms such as the dissolution of the monasteries and, in 1536, rebellion broke out, first in Lincolnshire which was quickly quelled with the leaders being executed. It was soon followed by uprisings in York, Northumberland, Durham, Cumberland and Westmorland. Robert Aske was returning north from his chambers in London at the time of the York rebellion and soon became the leader of the 9,000 rebels occupying York. This became known as the Pilgrimage of Grace. Aske arranged for exiled monks and nuns to return to their houses expelling the King’s new tenants and the resumption of Catholic observances. He received a promise of an audience with the King to consider the rebels demands which included a Parliament in York and a reprieve for the monasteries in the North. In February 1537 rebellion again broke out and although this was not authorised by Aske the King nevertheless had Aske arrested. He was taken to London, tried for treason and condemned. He was returned to York where he was hanged in on a gibbet at Clifford’s Tower in public view to deter future rebellions.
 Open Space Web-Map builder Code